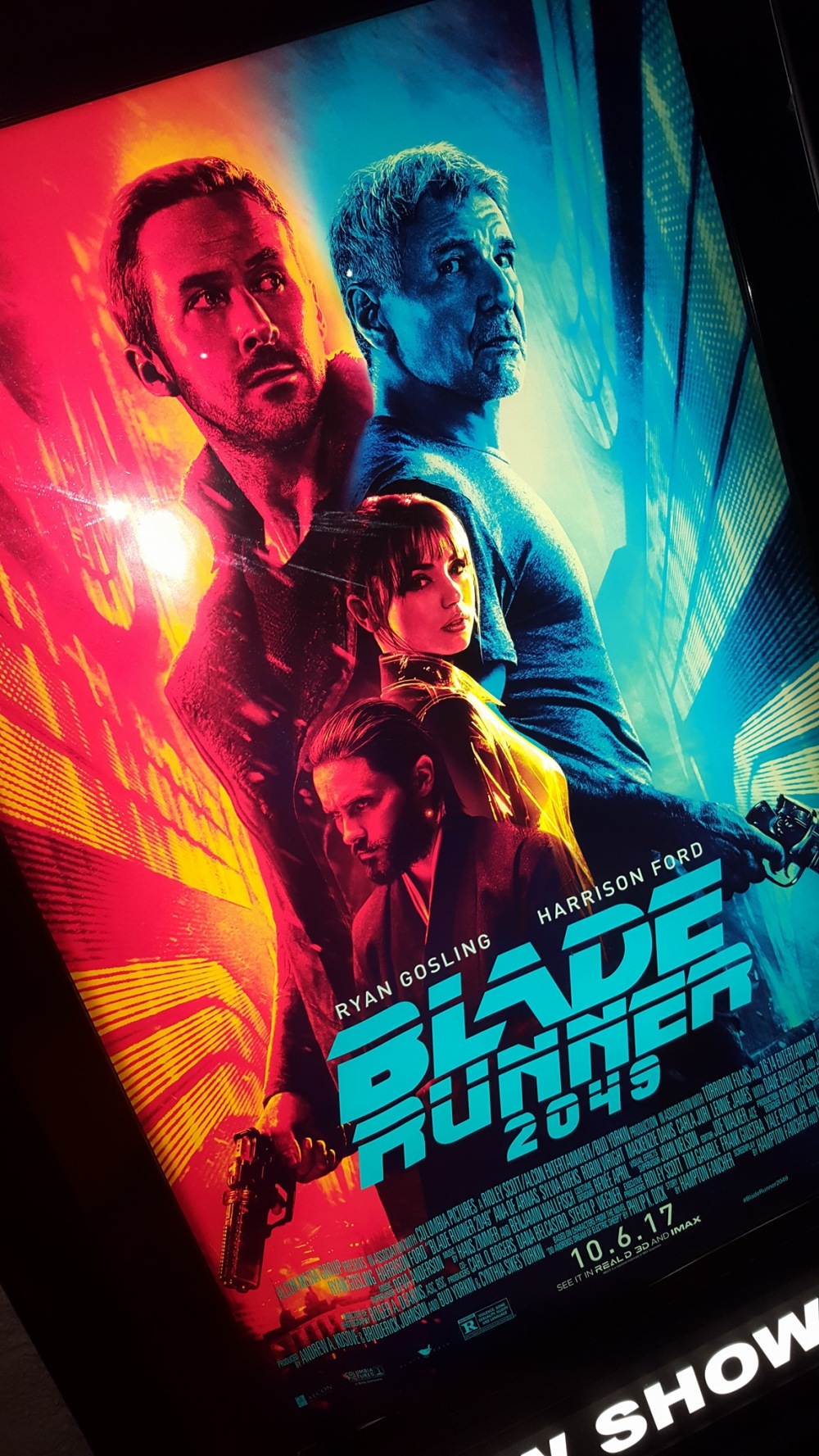 “But you’ve never seen a miracle.”

The original Blade Runner, directed by Ridley Scott, released to mixed reviews in 1982.  Many remember it as an entertaining and ambitious, if confusing film that had a lot going for it, but it also may have been a bit too heady for its own good.  Since its initial release in 1982, it has been re-released and re-edited several times, including a “Final Cut” by Ridley Scott in 2007, that is now regarded as the definitive version of Blade Runner.  Now it is considered a great work of neo-noir cinema that was simply released before its time.

The film and its subsequent recuts depict a dystopian future in which Earth has become near uninhabitable and starved for resources.  As such, the fictional Tyrell Corporation manufactures androids known as “Replicants,” which serve as a slave workforce on other worlds to harvest resources and manufacture goods for those still on Earth.  Replicants are designed to have a limited lifespan, and have been outlawed on Earth so they cannot interact with the human population.  A Blade Runner is the name given to members of the police force charged with hunting rogue Replicants who have found their way to Earth.  In the original, Harrison Ford played Rick Deckard, one such Blade Runner.

Jump 30 years in the future, to the year 2049, and we find K, a Replicant and Blade Runner himself, portrayed by Ryan Gosling.  The future has gotten worse.  We find K assigned to a case which runs him into a wide array of inhabitants of the dystopia, some rich, some destitute, some new, and some old faces.  Ryan Gosling delivers a good, if not great performance.  The film plays to his strengths, which include deliberate contemplation.  Like his performance in Drive, directed by Nicolas Refn, Gosling’s K is a man of few words, but no less complex than any other face on the screen.  The Tyrell Corporation is now the Wallace Corporation, owned by blind genius Niander Wallace. Wallace is portrayed by a scene-chewing Jared Leto, who delivers a charismatic, if heavy-handed, performance of a man with a severe God Complex.  And, as revealed by the trailers, Harrison Ford returns as Rick Deckard, in an unexpectedly emotional and understated performance that ranks among his best in decades.  Harrison Ford is a seasoned and sophisticated performer who rarely gets to show off the real talent driving that half-smile.    The real standouts among the cast, however, are the women.  Most notably, Dutch relative newcomer Sylvia Hoeks delivers a commanding and intimidating performance as Wallace’s assistant, a Replicant who is a much more terrifying presence than her creator.  Ana de Armas brings a complex emotion to the screen, from a character who is seemingly little more than a computer program, but she is so much more. Robin Wright shines also shines as a Lieutenant in the LAPD, and Mackenzie Davis of Halt and Catch Fire.  Lennie James and Dave Bautista round out a huge cast of talented players, and both of them have very important parts to play in K’s story.

2049‘s biggest strength isn’t even it’s stellar cast.  The film represents, from start to finish, a singular artistic vision, beginning with its story and ending with its visual and auditory design.   The musical score is complex and a little strange, accompanied by sound effects that are intense and wall-shaking.  Roger Deakins gives each frame a breathtaking and otherworldly look, that is somehow during the film’s rather hefty runtime, never distracting.  It grants the film a visual singularity as well as a stylistic linkage to the original film from 1982, without pandering to it.  Roger Deakins is likely to win an Oscar for 2049. The visuals are simply incredible, but even after they make you gasp one after another, they never obtrude beyond telling the story that Villeneuve and writers Hampton Fancher and Michael Green have set out to show us.  That story is a complex beast, exploring themes of life, death, creation, humanity, individuality, technology, and even a surprisingly emotional examination of love and what it means to each of us.  What is really possible?  What will be?

Following other incredible works of cinema such as Sicario (2015), Prisoners (2013), and Arrival (2016) Denis Villeneuve has delivered a powerful and relevant piece of cinematic science-fiction.  The storm of sequels and franchise reboots of late may put some off catching it in theaters, but Villeneuve elevates the modern sequel and the science-fiction genre to a level of artistry that it hasn’t seen in some time.  Blade Runner 2049 is undoubtedly among the best sequels ever made, one that uses the path set by its predecessor to really elevate the meaning of both stories.  It is not, as some fear, setup for a Blade Runner franchise.  2049 sets out to tell a complex story with a clear ending, that will arrive before the credits roll.  Even in a year full of great genre films, Blade Runner 2049 is a standout.  It seems Villeneuve can do no wrong.