Pixar has a more than 20 year history of animated films, featuring complex themes, smart writing, heartfelt emotion, and breathtaking animation.  In the last several years, Pixar has generally brought us lighter, family fare, such as Cars 3, Finding Dory, The Good Dinosaur, and Monsters University, that while still lots of fun and fantastically animated, don’t reach the dizzying dramatic heights of their previous efforts including Inside Out, Up, the Toy Story Films, and my personal favorite, WALL-E.

Coco is the newest film from Disney and Pixar Animation Studios, directed by Lee Unkrich. It tells the story of the Rivera Family, a family in Mexico with quite a long history, and young Miguel Rivera, who dreams of being a famous musician.  However, his family has a strict policy against music of any kind, because Miguel’s great-great-grandfather abandoned the family to pursue a career as a musician.  During the Day of the Dead festival, Miguel is accidentally sent to the Land of the Dead, and looks to discover why his ancestor never returned.

Miguel is tenacious and determined to do the thing he loves.  In that regard, the movie begins as what could turn become a fairly typical “coming-of-age” story, or a “pursue your dreams, no matter the cost” story.  However, his pursuit of that dream leads him to something so much more important.

As with any Pixar film, the animation stuns and paralyzes.  Scenes in the living world are warm and welcoming, while The Land of the Dead brings a deluge of beauty and celebration of color and life to your eyes.  Even in a late-night nearly empty screening, I could hear gasps all around.  The dead characters never come across weird or creepy, and fit right into the beauty that surrounds them.

Pixar also has a knack for gently plucking your heartstrings along the way, and then hitting you where it hurts at just the right time.  Again, Coco follows suit.  Themes of life, death, memory, remembrance, and family weave a colorful tapestry that does not surpass Pixar’s greatest, but sits comfortably among them.  After a string of slight, family movies (excluding Inside Out, a highlight among their recent work), Coco delights but doesn’t shock.  An wondrous film in its own right, Coco is joyous and emotional but ultimately bittersweet, and it won’t stay with you like it wants to. 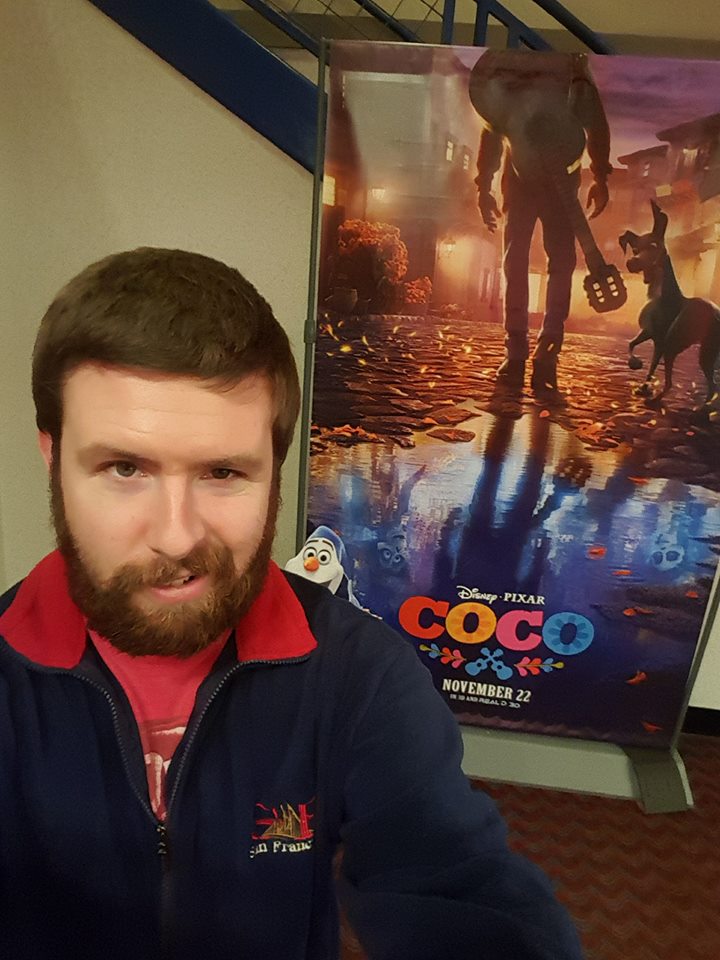