“Lost causes are the only ones worth fighting for.”

A historical account of Winston Churchill’s first weeks in office as British Prime Minister, Darkest Hour depicts the events in May, 1940 from the city of London, during the Nazi invasions of Belgium and France.  Veteran character actor Gary Oldman portrays Churchill, in a time of great uncertainty.  He must convince Parliament that war with Germany is the only option, and they largely oppose him.

Two things shine above the rest in this movie.  The first and most obvious is Gary Oldman.  He has had a career populated by eccentric, deceptively complex personas, and Oldman melts away into larger than life characters in films such as The Fifth Element, the the Harry Potter film franchise, Bram Stoker’s Dracula, and Tinker, Tailor, Soldier, Spy, which earned him an Academy Award nomination in 2012.  His Winston Churchill is a simmering pot, liable to boil over at any moment.  Churchill’s legendary wit frequently bubbles out over the edge, and one can never tell if it will be a sarcastic quip or a grumpy interjection.  Oldman unflinchingly commits to the mannerisms, foibles, and speech rhythms that echo from so many famous speeches.  Very few things can disarm him, but he elegantly transitions to moments of vulnerability with ease.  Yet another incredible performance has been added to his repertoire, and Oldman disappears yet again in a commanding and unforgettable achievement.

The other shining light in this otherwise straightforward history comes in the cinematography.  Characters often speak while walking, and then pause immediately in the dark, casting doubt on their words, either from within themselves or in the eyes of the person to whom they speak.  Even more notable is the film’s use of squares and boxes.  Main characters are often shown framed inside rectangles or other angular shapes, at times even shrinking boxes, illustrating their enemies closing in from places unseen and the growing threat of the Germans.  Characters often feel trapped in tight quarters.  The settings are rather drab and familiar, but the ways that director Joe Wright and cinematographer Bruno Delbonnel choose to light and capture them add subtle context to the events unfolding by emulating the situation outside the door.  It’s a great way to constantly remind the viewer of the greater situation, considering that Darkest Hour, at its core, is a war film that features no battle scenes.

Recent favorite Ben Mendelsohn portrays as King George VI in a minor but quality appearance.  Kristen Scott Thomas has a similarly small role as Mrs. Clementine Churchill, but she charms.  Stephen Dillane of Game of Thrones fame appears as Viscount Halifax, a man who openly opposes Churchill’s designs for war.  Dillane plays Halifax as rather quiet and reserved, emulating his poignant turn as Thomas Jefferson in HBO’s John Adams.

Without Gary Oldman’s performance and some assured work from Wright and Delbonnel, Darkest Hour would prove serviceable at best.  The narrative and surrounding characters’ struggle to keep up with his unbridled talent.  The film just doesn’t have much to say about the war.  Still, although he headlines an unexceptional history but well-crafted history, Oldman’s Churchill is worth the ticket price on its own. 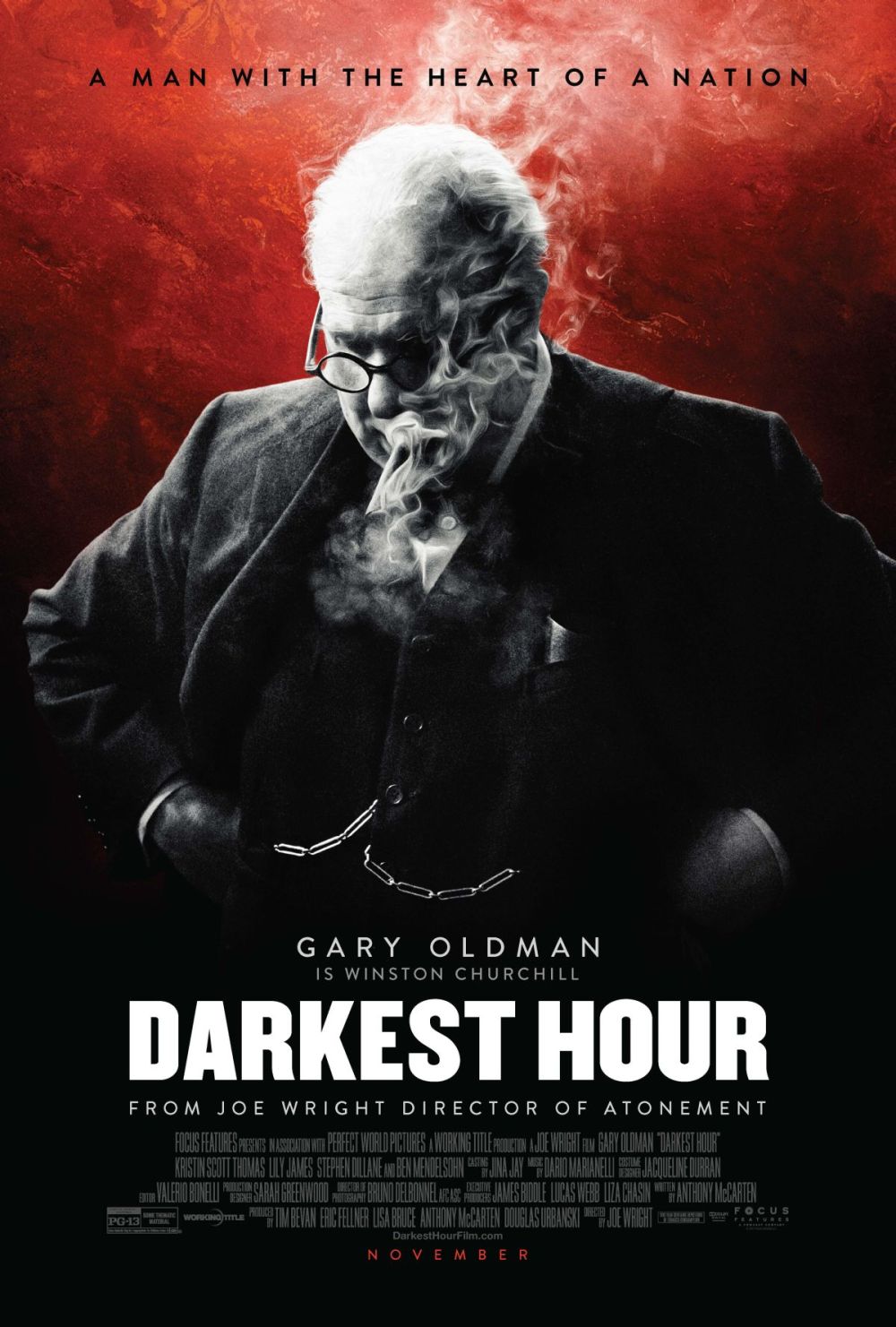