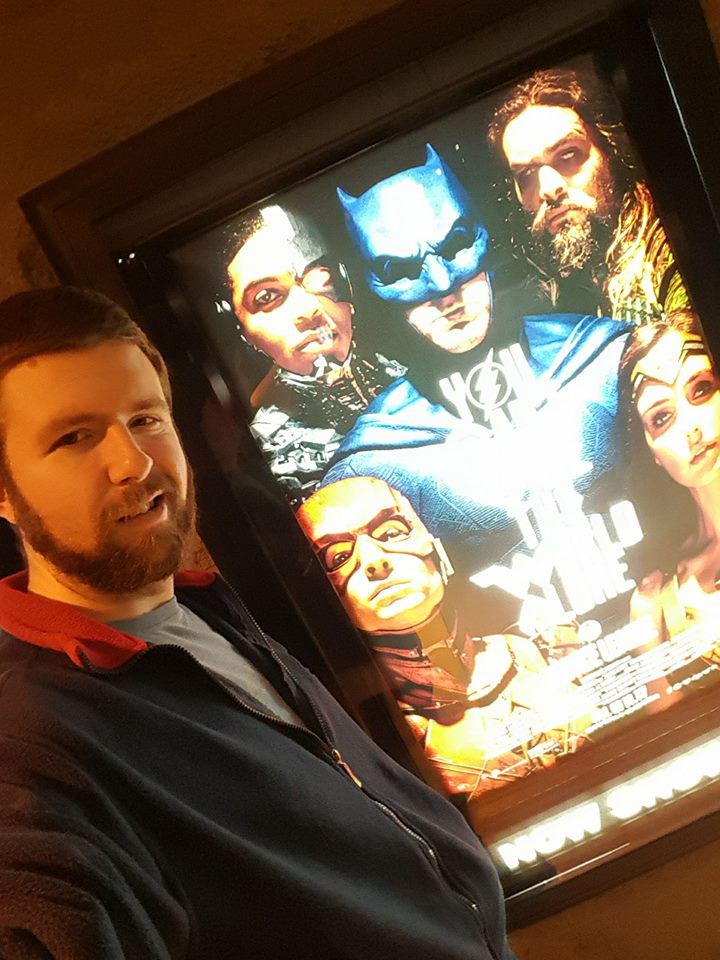 It’s been a bumpy ride, but Justice League has finally reached the big screen, bringing together superheroes such as Batman, Wonder Woman, Aquaman, The Flash, and the lesser known Cyborg.  Each of those characters appeared, at least for a moment, in Batman v Superman: Dawn of Justice from 2016, and the same actor reprises each role, including Ben Affleck as Batman, Gal Gadot as Wonder Woman, Jason Momoa as Aquaman, Ezra Miller as The Flash, and Ray Fisher as Cyborg.

The DC Comics movie universe, named by its fans the DCEU (Extended Universe), has had its fair share of cinematic misfires.  Beginning with mixed reviews of 2013’s Man of Steel, which introduced Henry Cavill as Superman, followed by Batman v Superman: Dawn of Justice and Suicide Squad in 2016, Warner Bros. repeatedly proved that they don’t really understand the reasons people love these characters from the comic books.  Each of those films features a strong introduction, but quickly gives way to a mess of CGI and incomprehensible story and action, with Man of Steel being the least offender and Suicide Squad the worst.  That turned around earlier this year with Wonder Woman, giving us a fun, dramatic film with strong, complex, and flawed lead in Gal Gadot, but that film still failed to succeed with the ending.  Justice League arrives just when it needs to, and lets us know that Warner Bros. is beginning to realize where they went wrong.

When Justice League works, it works with flying colors.  The characters are nailed here.  Affleck’s Batman has had a change of heart and is less hardened than he was in Batman v Superman. Gal Gadot’s Wonder Woman has become a confident, level-headed hero, but still has a soft spot.  Aquaman has the least to do, but his scenes offer a lot of fun and he has one heartfelt, comic dialogue scene that tells us a lot about him in a short time.  Unfortunately, his best action moments have already been revealed in trailers.  The weakest of them is Cyborg, who should feel more conflicted and pained than he does, but feels like he complains quite a bit.  He’s a little brooding compared to the rest of the cast, even Batman, and it doesn’t feel like it fits.  Vaguely related, there’s an ironic Easter Egg in that his father, who turned him into the Cyborg to save his life, is played by Joe Morton, whose character in Terminator 2 was essentially responsible for creating SkyNet and by proxy, the Terminator, another famous cinematic cybernetic organism.   Ezra Miller from Fantastic Beasts and Where to Find Them brings the real standout performance of the movie to The Flash.  He’s quick witted and initially a little cowardly. He not only brings the film’s best comedic moments, but also changes the most from the beginning to the end of the film, starting out as a thief and becoming the hero that Batman and Wonder Woman know he can be.  Justice League gets the characters right, some might say for the first time since they started their connected movie universe.  Each character has major strengths and flaws, each has at least a short time to fill us in on who they are, and for the most part, each contributes to action scenes in exciting and relevant ways.

Unfortunately, while it begins to solve the character issues that have plagued the previous films, it perpetuates their incoherent plots and poorly designed, largely digital set pieces.  It also offers an incredibly weak villain in Steppenwolf, who, it’s upsetting to say, is voiced by Ciaran Hinds, a personal favorite.  Steppenwolf never brings any menace or even real character to the movie.  He just perpetuates an “I’m evil and I’m going to kill you” attitude, which is exacerbated by a poor design and completely CGI portrayal.  He never feels threatening to our heroes.  There is one thrilling action sequence early in the film after he first arrives that involves the Amazons of Themyscira, the homeland of Wonder Woman.  This is the only time in the movie where it felt like there were any stakes or tension, and it features truly impressive stuntwork by an army of female warriors.  A large contributor to the grittiness of this scene is the fact that its shot on location, in rolling grassy hills, and the warriors are not surrounded by a CGI environment or lack thereof.  There are two or three other major action sequences in the movie that never reach the height of this one, not even the big finale.  In fact, the finale feels bland and confusing, just like the endings of  Man of Steel, Suicide Squad, Batman v Superman, and even the finale of Wonder Woman to a lesser degree.  Surrounding your characters with CGI sets, if you can even call them that, and forcing them to fight endless, expendable, CGI monsters doesn’t really work, especially when you also give up on character work during these sections.  The movie goes for a big, colorful, epic spectacle during its finale, and falls wildly short.  The digital special effects fail to impress start to finish, and often distract when they should enhance.

As some may know, director Zack Snyder had to step down during post production due to family tragedy, and Joss Whedon, best known for directing Marvel’s The Avengers  and Avengers: Age of Ultron, stepped in for re-writes and re-shoots.  With Whedon’s history in television and film, it seems likely that the film’s levity and humor likely came from him.  It does feel a little disjointed, which seems like more of a result of the forced two-hour run time than of the director change-up.  The movie moves from scene to scene rather abruptly at times, with little in the way of transitions.

Justice League doesn’t quite fix the issues of the universe so far, but it turns the wheel and begins to steer the ship in the right direction.  It finally delivers the characters we’ve been wanting to see, and in ways that we want to see them.  There are a lot of nods and hints for fans of the comics, but there may not be enough here for the average movie goer to grasp onto.  Then again, it may be just fun enough for most to have a good time.

This section will contain a spoiler.  Highlight to read.

It shouldn’t REALLY be a spoiler to say that Superman returns in this movie, but since they have kept it quiet in the marketing, I hid it down here.  On that note, I am thrilled to be able to say that they got Superman right, for the first time in three movies.  Played again by Henry Cavill, Superman smiles, he saves people, and he tells a joke or two.  The jokes don’t always land, but it’s great to have them at least.  Yet another reason to think that they may be listening.  He’s not in the movie much, but when he is, it’s a joy.